I was recently asked to write a short chip-tune theme for Tiltcast, a podcast dedicated to video games (if you’re curious, I also appear as a guest on episode 1.2).  You can hear “Pixel Dungeon (Boss Fight)” at the beginning of episodes as of episode 2.  I will also eventually post the slightly longer version of “Pixel Dungeon” on MySpace, just in case anyone still logs onto MySpace.

Speaking of MySpace, I will soon begin posting on Soundcloud and Bandcamp as well as updating this site to host new music.  As a result, I am considering ditching the once popular networking site altogether.  Furthermore, the “improvements” made to rebrand MySpace as a promotional site for bands, artists, and entertainers include more obtrusive advertising and the option to auto-accept friend requests.  And while the new profiles are admittedly rather nice, this option is checked automatically – particularly annoying considering how many of those friend requests are now bogus or hacked accounts (I deleted a few from my friends just yesterday).  It is easy enough to uncheck this option if you are aware of it, but as far as I can tell they do little to inform you of the change.  Of course, this may be my own fault, rarely reading about their updates, instead poking around and finding out for myself.  But that’s enough of that.

Instruments used for “Pixel Dungeon” include:

2 thoughts on “Tiltcast Tunes and the Death of MySpace” 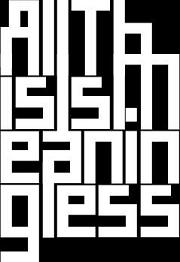